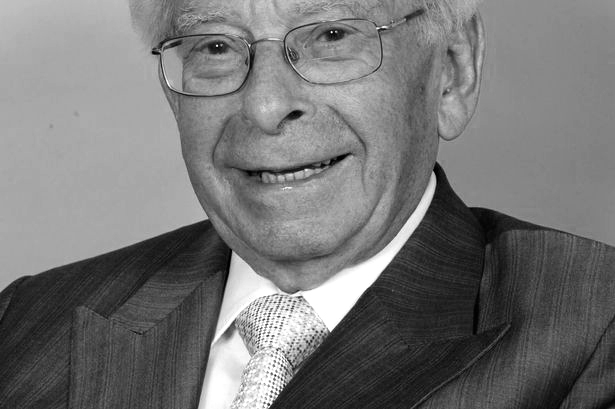 Joel Barnett was a Trustee of Manchester Reform Synagogue who gave exemplary service to his community and his country 50 years in Parliament, over 60 in politics. In all his undertakings, he brought his great gifts of personality, a captivating combination of adroit  ability with amicability.  Joel fostered firm friendships and his whole life and career flourished through friendship.

He was proud of his family background and his Jewish origins. His father Louis was born in Manchester and his mother Ettie was brought to England as a child from Eastern Europe. His father was a tailor who also worked his fingers to the bone, and Joel wrote:   “Perhaps his industriousness rubbed off on me, enabling me to keep awake through those successive all-night sessions in the House of Commons.”

Joel left school at 14, because his parents thought that the 10s a week he would earn in a warehouse would be invaluable. He was introduced into politics during the war when his social horizons widened. His army service was in France, Belgium and Holland finishing up with the British Military Government in Germany. After the war, Joel studied accounting, building up a practice with partners David Sassoon, Michael Grundy and Sidney Silverman. In those early years, late 1940’s, he met Lilian Goldstone, his wife-to-be, at the Maccabi Club in North Manchester and also became friendly with Lilian’s younger brother Leo who was studying economics at Manchester University and was a member of the Socialist Society, and other formative influence on him politically.

Joel joined the Prestwich Labour Party. He opened a coffee house in Brasenose Street, Central Manchester together with Bob Sheldon and Edmund Dell called simply the M/C Left Wing Coffee House. They were destined to work together as Ministers in Parliament with Dennis Healey as Chancellor of the Exchequer. Joel became an MP in 1964, winning Heywood and Royton  a Conservative seat for 13 years by just 816 votes, the day after his 41st birthday. The 1974 General Election he said he fought with the least personal concern yet won with a record majority. Joel wasn’t in it to win, he was in it to work. Joel rose to become Chief Secretary to the Treasury 1974-79,  Chairman of the Public Accounts Committee and Vice-Chairman of the BBC 1986-93, (through a tempestuous time of clashes with the Thatcher Government).

Some of the people he worked with were to become life-long friends; in particular Bob Sheldon, and Dennis Healey and Maurice Peston with whom Joel shared an office in the Lords.  To mention all his friendships would be to leave someone out, but Joel got on well with people of every shade in the political spectrum. He would face with Margaret Thatcher, eye-ball to eye-ball across the Commons chamber in all night sittings, when she was his opposite number going through every Finance Bill. She held him in high esteem. He was delighted with the appointment she gave him as Vice-Chairman of the BBC, (for a time as acting Chairman) a post from which he derived a great deal of fulfilment and power.