There are two versions of the Scroll of Esther: the Tenach Ketubeem (Writings) and the Apocrypha (Megillath Esther), the latter which may have originated from earlier Babylonian literature dating back to the time of AttaXerxes (404-359 BCE).

The story is set in Susa, now Shush in midwest Iran. Susa was originally the capital of the pre-Iranian, Elamite civilisation, but later became the residential city of the Babylonian kings. 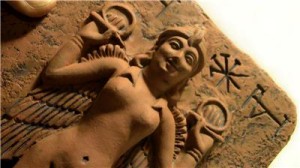 The biblical Megillath Esther text points out that Mordecai was an observant Jew. 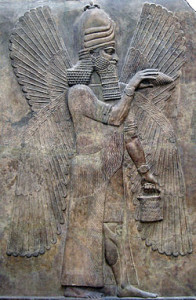 His name however indicates that he was a worshipper of the Babylonian god Marduk. Mordecai’s anti-hero is called Haman in the Tanach. In contrast, the Septuagint Esther story calls Haman a Bougaean (Esther 12:6), the Greek word for Persian god Mithra.  Again, the replacement of a Persian god Mithra by a Babylonian god Marduk runs parallel to the replacement of Mashti by Ishtar.

This non-Jewish source material explains why the Jewish name of God does not appear in Megillath Esther of the Tanach.  The apocryphical Book of Esther has however many references to God and in so doing gives the story a Jewish context.

In our multicultural society we must all interact with and appreciate the wider world around us if we are to comprehend the rich tapestry of our lives. Is this why Purim remaining such an integral part of our annual Jewish festive calendar?