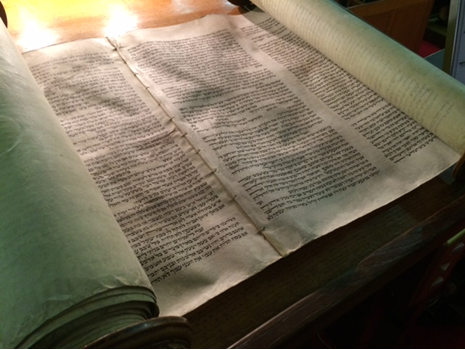 MST#359 came to our congregation in 1965 with the help of two brothers Ernest and Alfred Moritz who were holocaust survivors. It was to serve as a memorial to family members who were murdered in the Holocaust, as well as a way of expressing thanks for their own survival and rebuilt lives in Britain. The scroll still bears a silver plaque in memory of the brothers’ parents, Maximilian and Hermine Moritz; three of their great-grandchildren have read their bar/batmitzvah portions from the scroll in our shul – what better way to preserve the legacy of the Czech scrolls?

MST#135 also came to Jackson’s Row in September 1965 – both scrolls came from the Pinkas synagogue in Prague. 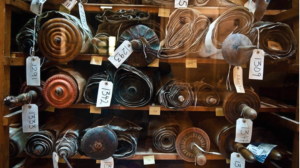 FIND OUT MORE ABOUT THE CHERISHED WORK OF THE HOLOCAUST MEMORIAL SCROLLS TRUST HERE: